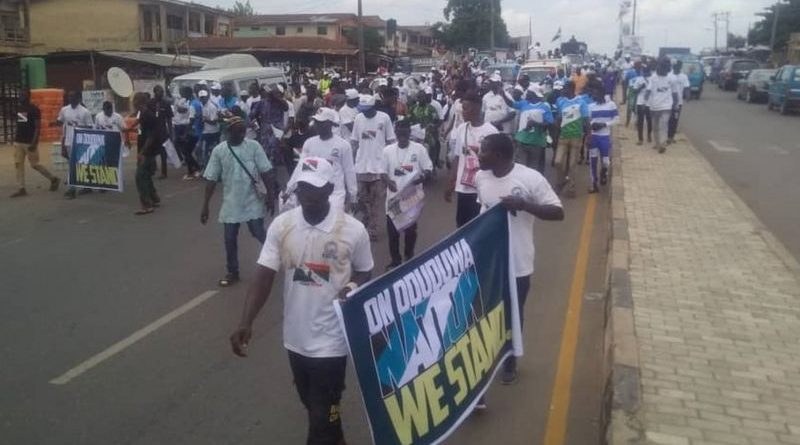 Palpable tension now hovers around Lagos metropolis over the decision of members of the Ilana Omo Oodua, a secessionist group, to stage a mega rally in the state on Saturday.

Members of the group had said the mega rally would be held at the Gani Fawehinmi Freedom Park at Ojota.

Yoruba Nation agitator, Sunday Adeyemo Igboho popularly known as Sunday Igboho, has also said the rally should go ahead contrary to his earlier interview on Thursday when he announced the suspension of the event, hours after security operatives led by the Department of State Service, DSS, raided his Soka residence in Ibadan, Oyo state.

Igboho through his spokesman, Olayomi Koiki said the rally would go ahead as planned at Ojota, Lagos by 9:00am.

However, it was gathered that he will not be participating in the rally.

Igboho was on Thursday declared wanted by DSS, which paraded some of his allies arrested during the raid. Security operatives have also taken over the Soka residence of Igboho.

The insistence on going ahead with the rally is despite a warning by the state police command that it would not entertain any rally in the state. 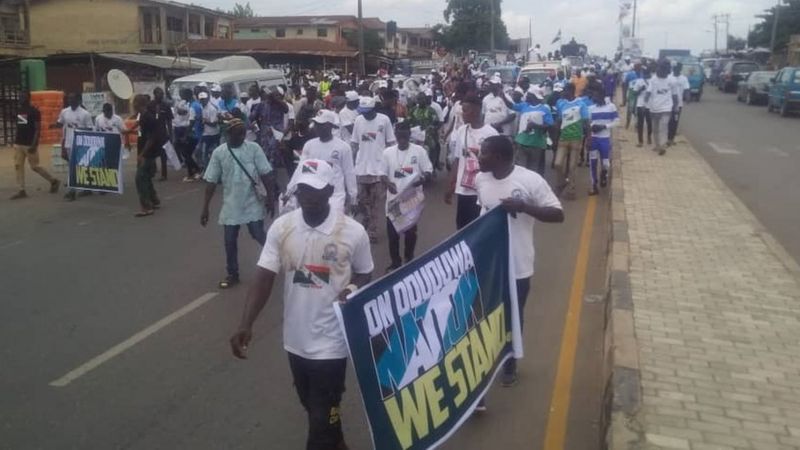 In anticipation that the group might go ahead with the planned rally, the Lagos State Police Command and other security agencies, yesterday embarked on a Show of Force around the metropolis to confirm their preparedness and commitment to protect the lives and properties of the good people of the State.

Speaking on the show of force, the State Police Public Relations Officer, Muyiwa Adejobi, said the action was to send a warning signal to the organizers of the said mega rally.

He explained that Lagos State cannot afford a repeat of the violence orchestrated by some individuals during the 2020 EndSARS protest that led to massive destruction of lives and properties in the state.

“The command still reiterated its stance that anyone caught participating or facilitating the so-called mega rally in Lagos State will be dealt with within the ambit of the law,” he added.

It was also learnt yesterday that soldiers conducted stop and search on most commercial vehicles plying the ever-busy Lagos Ibadan Expressway, in a bid to stop suspected protesters from infiltrating the state.

The Police are also expected to take over the venue of the planned rally at Gani Fawehinmi Freedom Park, Ojota.

However, the leadership of National Union of Road Transport Workers, (NURTW) in Lagos state has said that it will not be particpating in the rally.

It was gathered that the state government is making frantic efforts to dissuade members of NURTW and the Road Transport Employers Association of Nigeria (RTEAN), who are said to be the major supporters of Igboho, from participating in the rally.

A top source disclosed that the government has reached out to some key members of the union, urging them not to join the rally.

However, the chairman of Lagos state NURTW, Musiliu Akinsanya aka MC Oluomo, said the workers would not be participating in the rally because it is not backed by the Nigeria Labour Congress, NLC.

However, some members of the different transport unions have concluded plans to join in the rally.

Determined to lend their voice to the outcry, some members of NURTW said several commercial bus drivers have been assigned to convey those willing to join in the rally to the venue.

Kamoru Olalekan, a member of NURTW at Oshodi boasted that the protesters would overrun the police like they did during the #EndSARS protest, if they come under attack from the security agents.

“We have assigned buses to convey people to the venue. So many of us are willing to go. We will see the end. Enough is enough of this oppression by a very few people,” he said.

We’re going to close our shops

Some traders at Alade market Ikeja, said they would not open for business on Saturday following the planned rally.

They said they would not want to be caught up in the crossfire between protesters and security operatives.

The situation at Mile 2 and Abule-Egba is very tense over the possible outcome of the protest.

Most of the traders at Ladipo spare part market also said they won’t open for business on Saturday.

They said traders suffer most at the event of any protest.

Abiodun Warns NURTW Not To Resume Collection of Levies At Parks 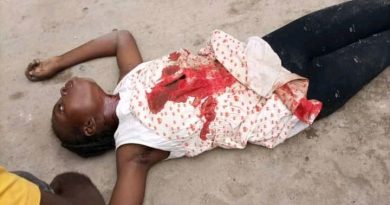 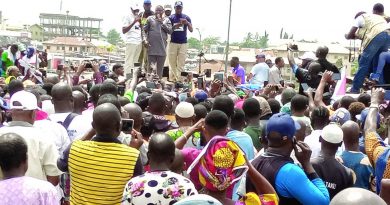 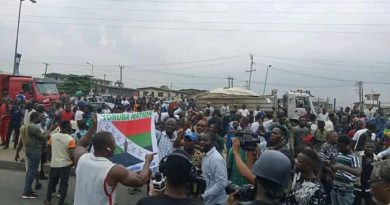