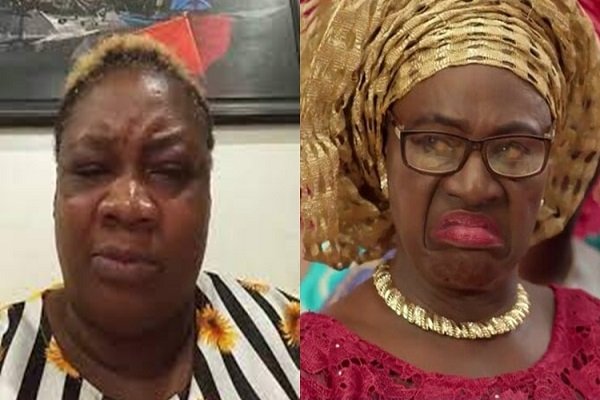 During an impromptu Instagram live video, Princess said she regretted regarding the 76-year-old actress as a ‘mother’.

She also claimed Iya Rainbow did not pay her a visit, ”despite promising her”.

Iya Rainbow had reportedly claimed in a recent interview that she tried to pacify Princess for four days to drop the case against Omiyinka Olanrewaju (Baba Ijesha).

The 78-year old actress said she did everything humanly possible to get Princess not to escalate the case but she did not succumb.

Princess opened up on the alleged rape case involving Baba Ijesha for the first time on April 29 during an Instagram Live chat with her colleague, Iyabo Ojo.

She said ‘‘I watched Baba Ijesha molest and lick my daughter non-stop for 30 minutes on CCTV’’.

Princess also mentioned that Baba Ijesha confessed to committing the crime because he was ”sexually impotent.”

The comedienne made the shocking revelations hours after she and Iyabo stormed State Criminal Investigation Department, Panti, where the alleged perpetrator was being held at the time.

While countering Iya Rainbow’s claims during her Instagram video chat, Princess said, ”You called me to pretend you were devastated by the issue. After pouring out my heart to you, you were shouting Jesus! you immediately asked for my address”.

”You said and I quote, ‘My dear I am coming to see you, this is too much for you to bear’. Did you come? No. I did not complain because my focus is on my CHILD. Then two and a half months later you say this and you expect me to play dumb.”

Princess also said the actress ”called her just once and instructed her to go and release the embattled actor.”

She said, ”You were instructing me and I never disrespected you. On the third day, you called me saying what I disclosed to you hurt you and that you could tell I wasn’t okay, that I was crying and I wasn’t myself.

“You asked for my house address so you would come and see me. I sent you the address, you never came. You didn’t come because it didn’t affect you. You felt like I wasn’t your child.

“I was crying that day. I wasn’t happy. I explained everything to you. You were now pretending like you were a good mother.”

Princess also accused the veteran actress of lying that she (Princess) ”looked reluctant when she appeared at Baba Ijesha’s court”.

The latter was recently tried at the Special Offences Court in Lagos on charges of sexual assault, indecent treatment of a child, and sexual assault by penetration.

She said, “Have you called me since then to even check up on me? You are now saying while in court, I was looking for a way to sneak out. You are an elder! What your eyes did not see you are not supposed to say.

“I did not expect this from you at all. You came and you were so insensitive to say you called me and were pleading for the case not to be escalated. How can you say such a thing? Don’t ever! Anything that concerns me please just stay away from it because I used to respect you up until this evening. It is a shame.”

She also announced that ”she will stand and fight for her foster daughter’s rights”. Princess also challenged Iya Rainbow ”to be a role model as the elderly woman that she is”.

The alleged rape case, since it hit the public glare, had ripped apart the union of theatre arts practitioners in Nigeria. 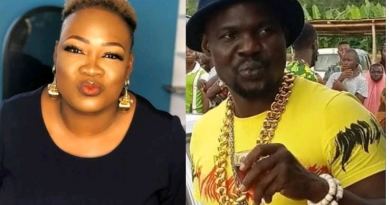 Baba Ijesha ‘Toasted’ Me in 2008, But I Didn’t Accept, Princess Tells Court 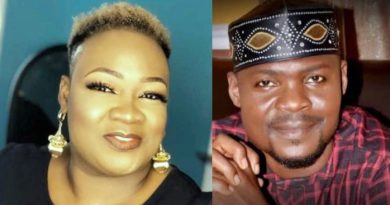 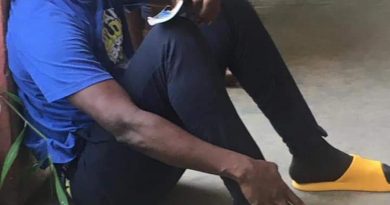