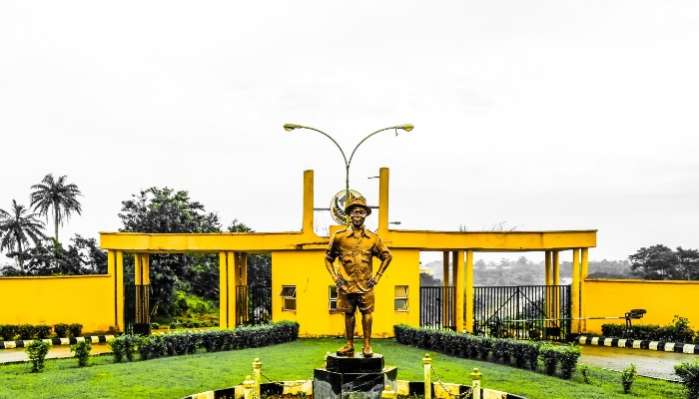 The Ogun State Governor, Dapo Abiodun, on Saturday, announced a change in the name of the Tai Solarin College of Education, TASCE, Omu-Ijebu, to Sikiru Adetona College of Science, Education and Technology.

Abiodun said he decided to rename the institution after the Awujale of Ijebuland, whose efforts had enhanced teaching and studying of science and technology education in the state.

The governor, who spoke at the All Progressives Congress campaign for the forthcoming council poll held at Odogbolu town, Odogbolu Local Government Area, noted that education had played an important role in the development of the state.

He said, “I am happy that today, no one is shooting. You can all see that the political temperature of Ogun State is so low, there is rest of mind. No problem; we are all going about our work. All those involved in cultism should repent because if we catch them, they will face the full wrath of the law.

“I am setting up a special task force on cultism because we are working towards making this state the number one state in this country, and any attempt to undermine that by way of cultism is an act of sabotage and we will put an end to it.”

The governor said in the last two years, his government had constructed over 270km of roads, almost 1,000 housing units, 700 schools, and about 100 primary healthcare centres across the state, among others.

Abiodun disclosed that 56 projects had been executed in Odogbolu, pointing out that construction of Ala-Omu and Idowa-Ibefun roads had just been approved.

He added that his administration would continue working towards achieving prosperity for all in the state.

The governor, while presenting the party flags to the APC chairmanship and vice chairmanship candidates, Shuaib Ladejobi and Iretiolu Adenugba, urged party faithful and people of Odogbolu LGA to cast their votes for the party in the local government elections on July 24.

Ogun State: A Shinning Example of Bottom-Up and All-Inclusive Government at State Level

Ogun State: A Shinning Example of Bottom-Up and All-Inclusive Government at the State Level