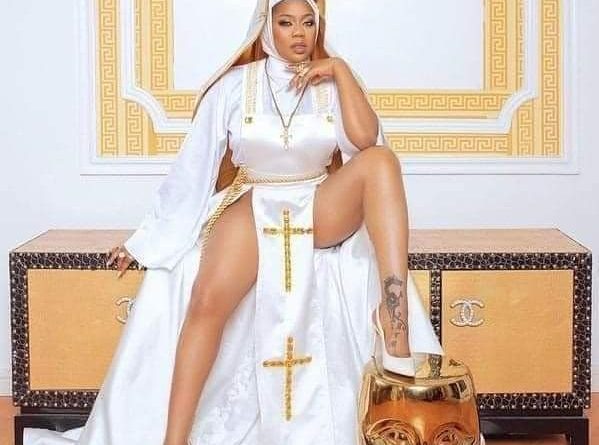 The renowned socialite and stylist who is the CEO and Creative Director of Tiannah’s Place Empire and also the founder of the Fashion Academy, is currently facing social media backlash after posting photos of herself in a controversial nun outfit.

The socialite had taken to her Instagram page to post the saucy photos alongside her photographer who also posed as a prophet to the premier of Prophetess, a movie by Toyin Abraham.

The photos have however gained mixed reactions on social media with many Nigerians calling her out for disrespecting the Christain faith.

Furious with the controversial pictures, while condemning the photos for not depicting work of art, said it is absolutely nothing but ‘Ghetto rubbish.’ 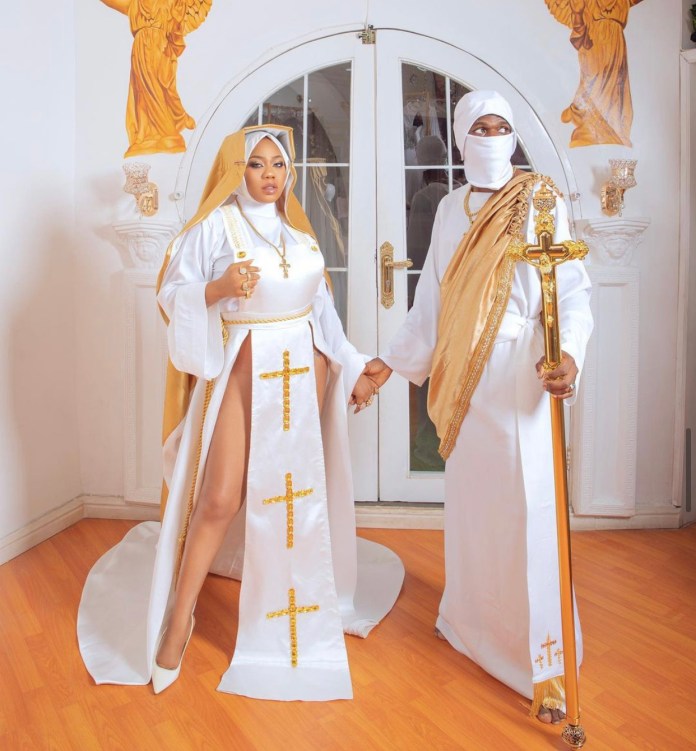 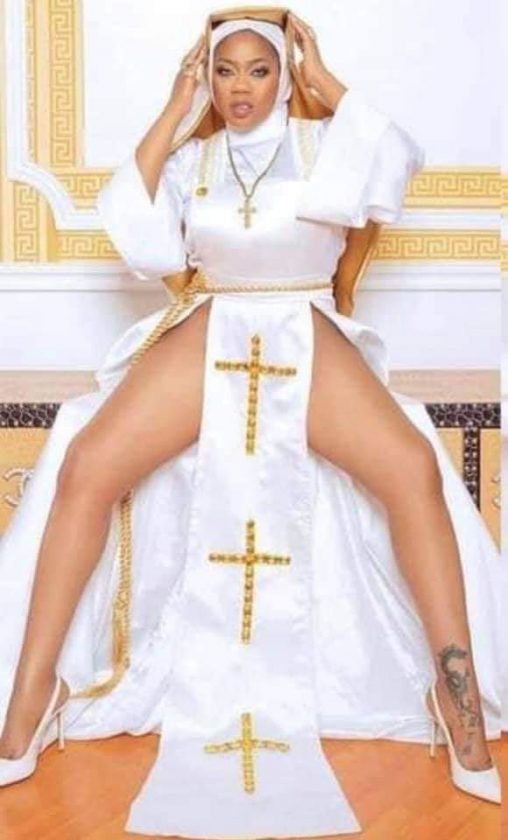 This is not the first time Toyin Lawani will be incurring the wrath of trolls on social media anyway. 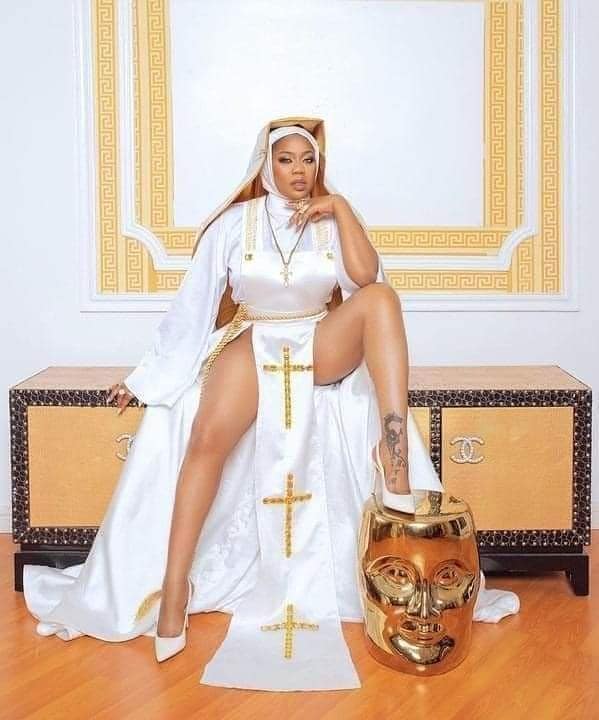 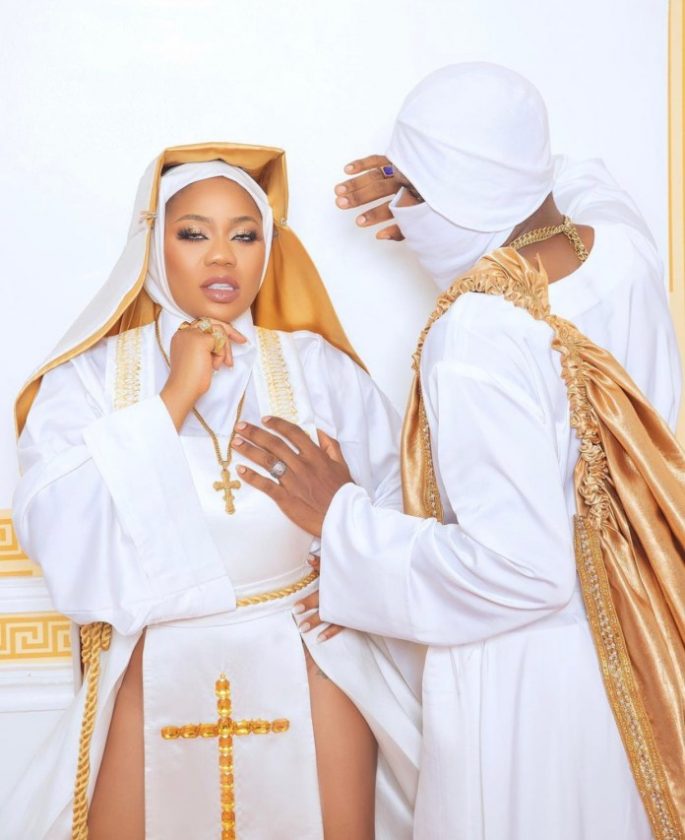 The mother-of-two also recently posted some seductive photos of herself to mark her birthday and shortly after shared a video explaining why she shows off skin and stated that when it comes to making money, she would readily don her bikini and flaunt her skin when the need arises. 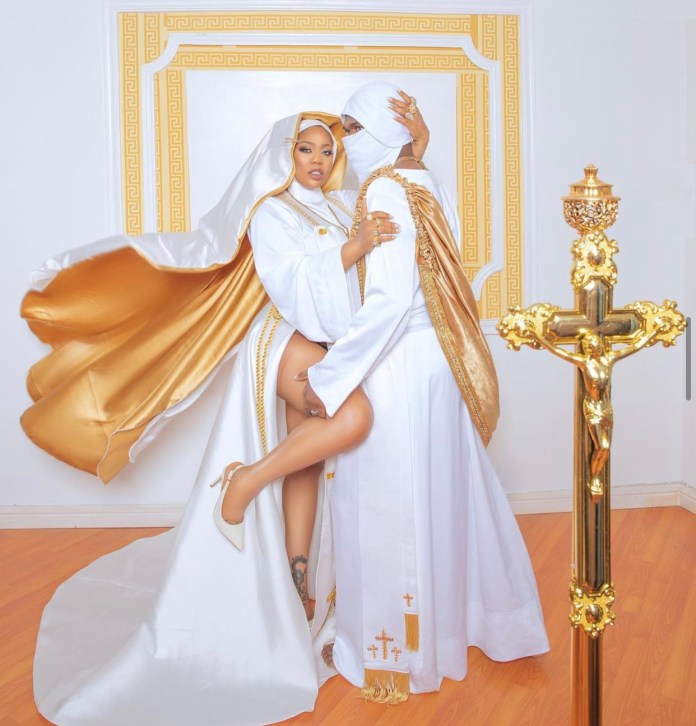 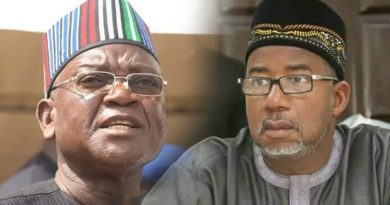 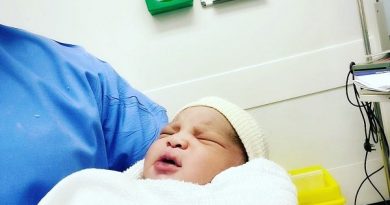 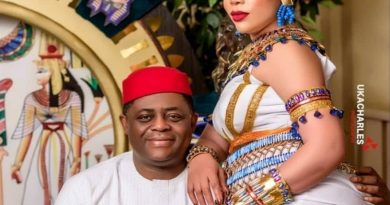