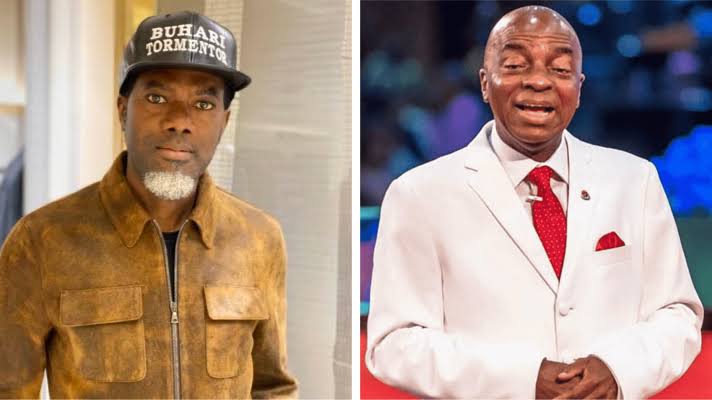 Following report on the sacking of pastors at the Living Faith Church, popularly known as Winners’ Chapel, a former presidential aide, Reno Omokri, has said that the church’s decision is ‘in order.’

He made this known on his verified Facebook page on Monday, stating that any pastor that fails at growing the church should be sacked.

He wrote, “I read the letter from Winners Chapel and it did not mention anything about money. Rather, it used the word ‘church growth’. Christ called us to engage in evangelism-Matthew 28:18-20.

“Any pastor that fails at that core duty should be sacked. This is what Christ told us in Matthew 25:14-29.

“The sacked pastor who went to the press after releasing a live video is playing on your emotions. He is not considering that he is undermining the faith of believers.

“In John 15:16, Christ said ‘I chose you and appointed you that you should go and bear fruit.’ Now, ask yourself what the consequence of not bearing fruit is.

“Christ answered that question in John 15:2 “Every branch in Me that does not bear fruit He takes away”.

“This is why the only thing Christ ever cursed in His lifetime on Earth is the fig tree that bore no fruit-Mark 11:14. Winners, Chapel is in order.”

The Daily Bells reports that one Pastor Peter Godwin, a cleric at the Winners Chapel, had claimed that the church sacked him and about 40 other pastors in Ekiti State for failing to grow their respective parishes. 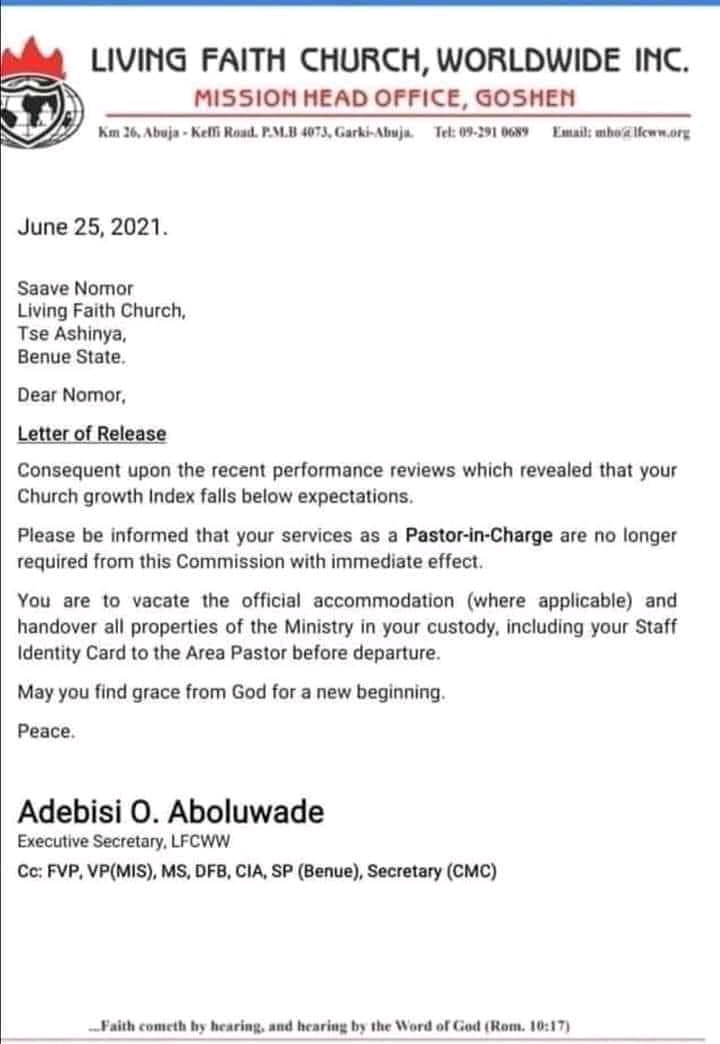 In a letter that has been trending on social media, which is dated June 25, 2021 and signed by the Executive Secretary of the church, Adebisi Aboluwade, the pastors were asked to vacate their official accommodation and hand over their identity cards to their respective area pastors.

In a trending video, Pastor Godwin, who claimed to be one of the pastors affected in Ekiti State, said he was employed on August 28, 2020.

He claimed that he was invited with about 40 of his colleagues by the state pastor on July 1, 2021, but was sacked for failing to grow the revenue of the church.

Godwin said, “When I got there, I saw other pastors too, over 40 of them. So, I joined them.

“A few minutes later, we were [each] issued a letter. I opened the content of the letter to see what was there and I saw that it was a sack letter.

“So, I called the management the next day to find out what happened since I wasn’t involved in any dubious activity or evil act. I was told by the management that the church doesn’t operate at a loss.

“They also told me that the total income that is being generated from my station should be able to cater for my welfare and accommodation, so as a result of low income, I’m hereby dismissed.” 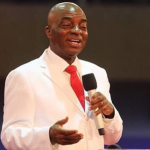 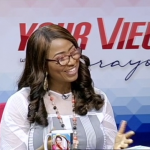 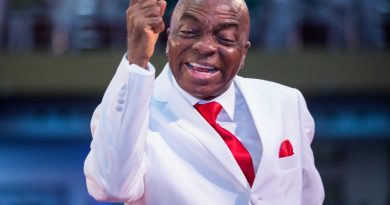 Oyedepo Justifies Sack of Pastors, Says ‘We Have No Patience With Failure’