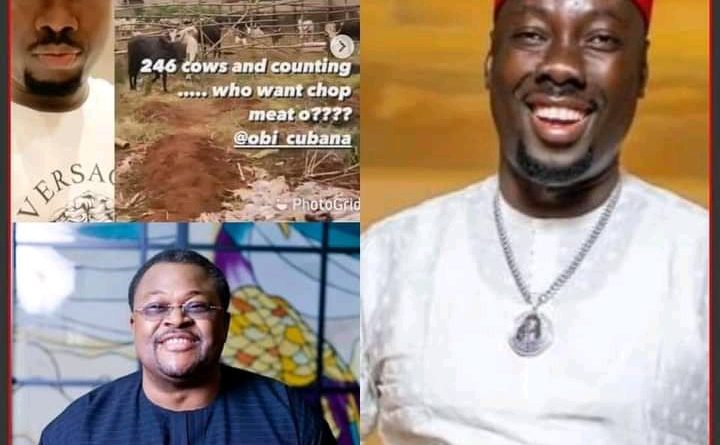 In the wake of Obi Cubana’s mom’s burial, a social media user identified as Oba OIaseni Oladejo has explained why billionaire businessman, Mike Adenuga’s mother’s burial is still the measuring criteria for burials in Nigeria.

According to Oba OIaseni Oladejo, Mike Adenuga did a lot of things for his late mother’s burial that it has scored its place as the most lavish funeral in the annals of history books in Nigeria.

He went on to explain that cow meat became so common that, for a whole week, there was meat every where you stepped to in ljebu-igbo.

He added that Mike Adenuga built a cathedral, and a mission house in the compound where they buried his mum and he had to exhume the corpse of his father who died in the 80s, and bury him in the same compound where the mother was buried.

He wrote: “No burial can match up to Mike Adenuga mother’s burial sha. First, they shared cows to every street in ljebu-igbo. I mean every street had one cow each. For a whole week, there was meat every where you stepped to in ljebu-igbo. On the day of the burial itself, there was asun stand for mo gbo mo ya, majorly OOU students inside Abusi Edumare. They packed trucks filled with cartons of beer. Trucks o. You take as much crates as you can. No restrictions to how many people can attend.”

Gbenga Daniel tarred Oru/ljebu-igbo road and installed atreet lights for the burial. And they had different musicians performing each day for the whole week. KSA, Yinka Ayefele etc. I’ve not seen anything like that before. This was in 2005 or thereabout.”

“Omo, we went home with crates of alcohol. Earlier in the week, they came to share cow parts for us at home as our share of the meat meant for the street. It was a total shut down for one week. Obasanjo and almost all the governors attended.

After 2 Years of Legal Battle, Lulu-Briggs Set For Burial