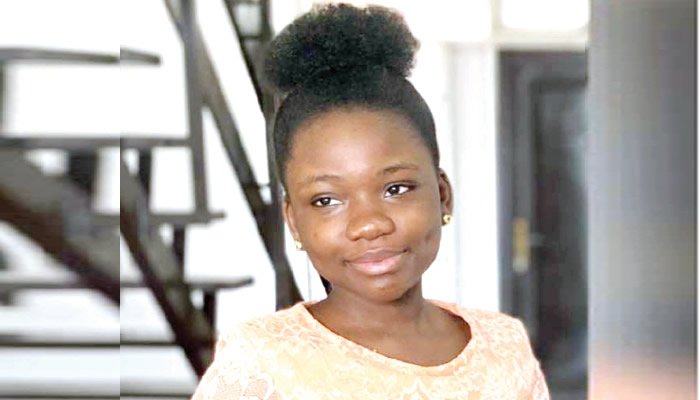 Not long ago, we were jolted by the news of the unfortunate death of Miss Keren-Happuch Akpagher, a 14-year-old boarding student of the Premiere Academy, Abuja. From her mother’s narrative, Keren was said to have been molested in the school, and as a result, died a few days later. It will be easier for you to understand how jolted I was when you know that I am a mother of two children – daughters – in the same school.

The mother narrated that Keren called her that she was sick and requested to be picked up. She did take her home on Saturday, 19 June 2021. According to a media report, her mother, Mrs Vihimga Akpagher, said, “By the morning of Monday, June 21, 2021, I noticed that her condition had deteriorated and took her to hospital, and while examining her, the doctor saw a discharge, ran a test and discovered that it was a condom that was left in her. They tested her urine and it contained sperm; and like that, infection and sepsis led to her death.”

After reading the news report, I quickly called the school for clarification. The head of the school told me the school’s side of the story. According to the principal, Mr Chris Akinsowon, “Keren Akpagher, reported to the clinic on 17 June, 2021 with a complaint of redness of the eye. Her mother requested that she be taken to see an ophthalmologist on Saturday, 19 June, 2021. She was taken for the appointment in the morning of the same day. On her return to the school, her mother further requested to take her home because Keren was insisting on going home for that weekend. An exeat was granted and she was released to her mother on Saturday afternoon in a stable condition.”

He further said that the school only got to know about her hospitalization in the morning of Monday, 21 June, 2021. “We mobilized immediately and paid her a visit at the hospital on that day. It was with deep sympathy that we later heard of her demise early the next day, Tuesday, 22 June, 2021,” he told me.

When I inquired into the allegation of sexual molestation, the principal noted that there was no report of sexual molestation by the deceased girl or any person whatsoever throughout the events that eventually led to the death of the poor girl. He said he was surprised to hear the deceased mother allege that. He informed that the matter has been reported to the police and that the school has honoured the police invitation and is currently cooperating with them in their investigation.

Since the breaking of the news, our PTA platform has never been this engaging as all parents are keenly following the investigation. To demonstrate our interest in getting to the root of the matter, some of us are even mulling retaining a legal team to represent the PTA in the proceedings, should the case get to court.

I understand that the police, expectedly, have conducted an autopsy and the report is expected to be out in four to six weeks. The autopsy is supposed to shed more light as to the cause of Keren’s death and give a clue as to the circumstances surrounding her death. It is heart-rending to read that some group of people, going by the name Gender-Based Violence (GBV) Responders, take to the street to assert that the report that is yet to be released affirms that Keren was raped and sodomized. They went further to allege that the school and the police – two stakeholders with very high stakes in the search for justice in the matter – are trying to cover up the case.

I wonder where they got their information. It is barely a fortnight the autopsy was conducted by Dr Desmond Ike Okonkwo, the principal pathologist at the Maitama General Hospital, who was appointed by the police for the exercise and witnessed by the school and family representatives. In ideal situations it takes up to six weeks for such reports to be released.

On this note, I call on the NGOs and in fact, all stakeholders to refrain from rumour mongering as this may jeopardise the investigation. I make bold to say that all the stakeholders in this issue, except for the alleged perpetrator(s) and/or his/their collaborator(s), are keen on getting to the root of the case.

In this case, there is a coincidence of interest in justice. Every right-thinking stakeholder – the family, the school, the police/government, the PTA, the GBV Responders and the general public – is in search of justice, may be for different reasons which may include to ensure that the perpetrator(s) and/or his/their collaborator(s) is/are brought to book, to help get closure, to maintain law and order, to manage reputation/clout, to get reassurance and so on. As a result of this interest in justice, it will be a disservice to one another, to ourselves and to even the spirit of the late Keren for any stakeholder to assume that it is the only one interested in justice in this matter.

We should be patient and allow the police, who are in charge of this investigation to do their job with due process and without interference. In no time, the report of the autopsy will be released and we would have a clearer picture as to the cause of Keren’s death and a possible pointer as to if she was sexually molested or not.

Like most other stakeholders, the PTA are anxiously waiting for the outcome of the police investigation and their next line of actions. We are closely monitoring the processes and will leave no stone unturned in ensuring that we get to the root of the matter but, no matter how agitated we are, we are willing to allow the due process take its course. I enjoin all other stakeholders to also align with this decision so we forge a united front in our concerted efforts towards unravelling the circumstances that surrounded Keren’s death. 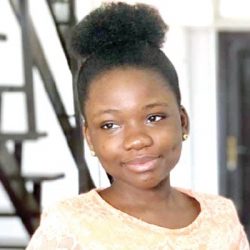