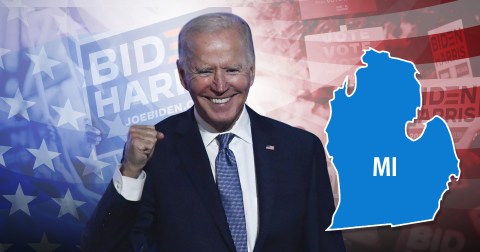 Along with Arizona, Nevada and Wisconsin, Biden now leads in states worth 270 electoral votes – the number needed to win.

However, it is still too early to call the race as several key states are yet to announce a definitive result.

The fate of the United States presidency hung in the balance Wednesday morning, as incumbent Republican President Donald Trump and Democratic challenger Joe Biden battled for three familiar battleground states – Wisconsin, Michigan and Pennsylvania – that could prove crucial in determining who wins the White House.

A late burst of votes in Michigan and Wisconsin gave Biden a small lead in those states.

Michigan had been reliably blue in choosing a president for over 20 years until 2016 when Trump won the state by the smallest margin in the country – just over 10,000 votes.

The AP reports that Biden currently has 49.3% of the vote, while Trump has 41%. 90% of the estimated vote total has been recorded, with the remaining ballots expected to favour democrats.

The Democrats are also leading in Arizona and Nevada – yet to be announced – while the Republicans lead in Georgia and North Carolina.

Meanwhile, officials in Pennsylvania are expected to give an update on the number of ballots counted in the key state and how much they have to go.

It is reported that over one million postal ballots – with 70-80% favouring Joe Biden – still need to be counted.

This could propel Mr Biden to victory by the end of the week, Trump has seized major victories in the key bellwethers of Florida and Ohio, which both have long records of choosing the winner of the White House.

But former vice president Biden is predicted to win Arizona, a state that has only backed a Democrat in the race once in 72 years.

Trump also held on to Texas in a fiercely-contested battle and claimed the swing state Iowa, while Biden won modest victories in Minnesota and New Hampshire.

The high stakes election was held against the backdrop of a pandemic that has killed more than 230,000 Americans and wiped away millions of jobs.

Both candidates spent months pressing dramatically different visions for the nation’s future and voters responded in huge numbers, with more than 100 million people casting votes ahead of Election Day.

But the margins remain exceedingly tight, with the candidates trading wins in battleground states across the country.

Neither have cleared the 270 Electoral College votes needed to carry the White House.

Trump has threatened to drag the US election process into the courts as his contest comes down to the outcomes in a handful of swing states.

Earlier on Wednesday he falsely claimed he had won and warned of a ‘fraud on the American nation’ as he vowed to go to the US Supreme Court to get vote counting stopped.

Biden’s campaign hit back saying the president’s comments were a ‘naked attempt to take away the democratic rights of American citizens’. 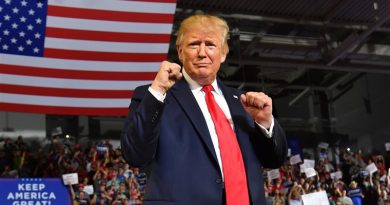 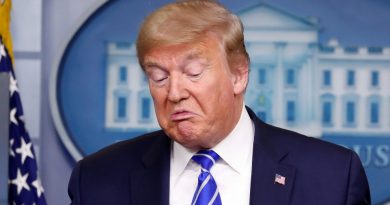