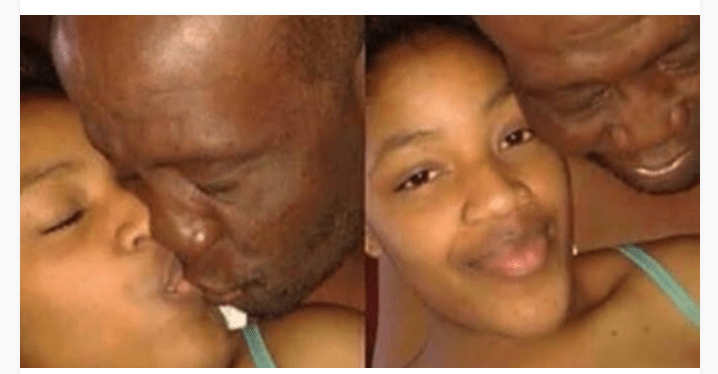 Audu took up the sole responsibility of his daughter’s upbringing after his marriage to Talatu Ayi from Nasarawa Eggon Local Government Area of the state ended 13 years ago due to irreconcilable differences.

The Nation reported that his younger sister who helped out in raising the little girl, died in a tragic accident in January 2019 on her way back from Lafia market.

Audu decided to relocate to a three-bedroom apartment he had managed to build in the village after the incident, so his daughter could live comfortably in safety and without any fear. The decision resulted in a pregnancy as Justina is 4 months gone already.

“God has inflicted a permanent wound on me; there is absolutely no point keeping me alive. I think I should just commit suicide and die, rather than continue living to bear this shameful burden. God has not been fair to me and I don’t know my sin or offence. My mother left me when I was barely two years old; and up till now, hasn’t taken as much as a second look back. My late aunty Agnes, who brought me up died, recently and now I’m pregnant for my father. What could be worse than that,” she asked bursting into tears.

“When my aunty died in an accident, my father moved me into his three bedroom apartment to occupy one of the rooms. He used to check my private part to see if I had started menstruating or having sex with boys. One night, I was sleeping after a hectic day; he came into my room, removed my wrapper and inserted his finger in to my private part, asking if I had started menstruating. I woke up suddenly from sleep and asked, “Daddy why are you doing this to me?”

“He asked if I had had sex before and I said no. He then said he would use his penis to test my virginity. Before I could utter any word, he had climbed on top of me. I wanted to scream, but he held my mouth and penetrated into me. I struggled to wriggle free but he over-powered me and forcefully deflowered me. I bled throughout  that night, crying uncontrollably till the following day. I was also in pains throughout.

“I felt very bad but he warned me that nobody must hear of what he did to me. He also threatened to slaughter me with a knife if he heard it from anybody. That was how he kept sleeping with me at night and eventually got me pregnant.

“How I wish my mother were around; this shameful thing would not have happened to me. It is incredible; my world and life has crumbled. How can I have a child for my father?

“The days that followed my Aunt’s death were both utterly full and completely empty; full of activities, yet empty of life because there was nobody to take care of me and guide me properly.

“Her absence gave my father the opportunity to ruin my life. I feel very ashamed that I’m pregnant without getting married and more ashamed that my own biological father is responsible. Now I think about death frequently because my father decided that I should leave the pregnancy and deliver a male child for him.”

She said her father has even threatened to kill her if she tried aborting the pregnancy. “So I don’t have any choice but to allow it grow; meanwhile, the pregnancy is just four months.”

On his own part, Audu said he always felt pain of someone “toasting” his beautiful daughter and enjoying, after he went through difficulties to raise her. He also described the pregnancy as a “secret arrangement”.

He said; “She looks beautiful and I always feel the pains that one day, someone else will toast her and start enjoying what I suffered all these years to raise. When her mother left me, I took the pains to bring her up because I could not get married and was alone.

“It started like a joke. I don’t know what came over me; she tried to resist me but I was very harsh on her and she allowed me have my way. Thereafter, we continued unabated. I actually wanted to test her virginity status, to know whether she had started going out with boys but when she told me she missed her period, I decided that she should not abort it.

“She should deliver the baby for me since I don’t have any other child. Thereafter, she can get married to anybody of her choice. This was the secret arrangement we had and I don’t know why she is exposing it now.

“That is the much I can say about it.” 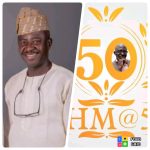 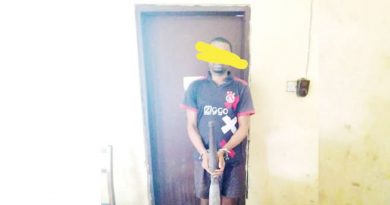