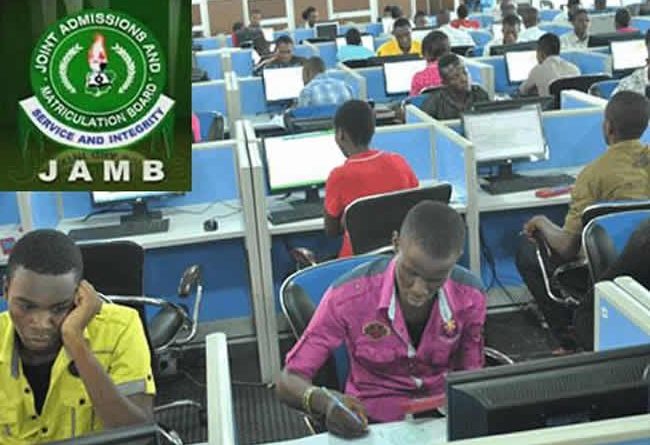 The Joint Admissions and Matriculation Board, on Monday, paraded two of its staff members for allegedly extorting money from Unified Tertiary Matriculation Examination candidates with the promise to help them secure university admission.

The affected employees are Andy Okoro, a level 12 officer in Delta State’s JAMB office, who confessed to collecting N500,000 from four candidates’ parents, out of which he paid N180,000 to a colleague, Gambo Ibrahim Abba, to help facilitate their admission.

But the issue came to the public domain when one of the parents petitioned JAMB about Okoro’s activities, a move that prompted the organisation to investigate the issue.

Okoro told Journalists at the JAMB Headquarters in Abuja that he engaged in the fraudulent act because of economic hardship.

But a mild drama ensued when his accomplice, Gambo, who had earlier claimed that he was into fish business with Okoro, later stated that his involvement in the act might not be “ordinary.”

Gambo, a level 8 officer at JAMB headquarters, said he was probably hypnotised by Okoro to engage in the shady deal, adding that he only got to know him on the phone last year through a third party.

“It was not ordinary; he (Okoro) was just calling me; I don’t know him; he lured me into this when he convinced me that he had been into it for a long time,” he stated.

The Registrar and Chief Executive, JAMB, Prof. Ishaq Oloyede, who expressed surprise that the affected workers defied his zero tolerance for corruption, vowed to ensure that they faced the full wrath of the law.

“Anybody, who engages in sharp practices, no matter who the person is, shall not be protected by the Board, because the Board has zero tolerance for corruption,” he said.

Oloyede advised parents and candidates not to allow anyone to collect money from them on the pretext of helping to secure admission to their choice institutions as the system was now fully automated.

“What is happening now is that people know those that will be admitted, because they know by the automation that this person can be admitted, and they now go and start extorting the parents of those that have already been slated for admission.

“We need to let the public know that there is no halfway to admission; nobody should bribe or give any amount to anybody, whether they are JAMB staff or they are not JAMB staff. Anybody, who solicits money from any parent, such a parent should inform the Board.”

Bayo Olajide, who owns Perfect Tutors centre in Koroduma, Oneman village, Nasarawa State, was said to have engaged in the act even when JAMB had yet to commence the sale of form for the 2021 UTME.

The Spokesman for JAMB, Dr Fabian Benjamin, confirmed the arrest to journalists in Abuja.

Benjamin said, “He (Olajide) has been collecting money from candidates in the name of 2021 UTME registration, and you all know we have not commenced the registration.

“He was arrested and when asked, he claimed he is a tutorial person and that he has been teaching candidates for the exam, but the tragedy of the story is that he is not even qualified to sit the exam.

“These tutorial centres are used to collect money from candidates and perpetrate exam malpractices.

“Parents should know that there is no shortcut to success. He (Olajide) is collecting N6,500 from candidates even when the JAMB fee is not even up to that amount.”

Olajide, who said that his highest academic qualification was O’Level, admitted receiving money from only one person.

He said of the N6,500 he collected, N4,700 was for the anticipated registration fee, while charges for lecture and others accounted for the balance.