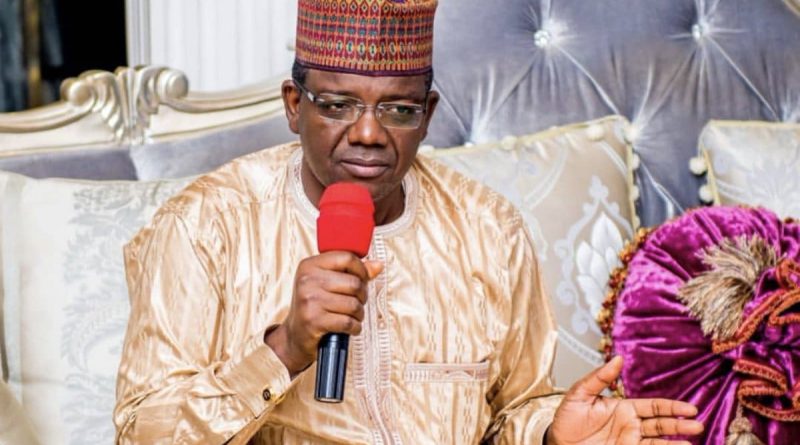 Zamfara Government says it has alerted security agencies to track the whereabouts of over N37 billion refunds on Federal Government projects executed by the state.

Alhaji Rabiu Garba, the state Commissioner of Finance, announced this while addressing journalists in Gusau on Tuesday.

Garba alleged that the immediate past administration led by former governor, Abdulaziz Yari might have misappropriated the money.

The commissioner said the amount was initially quoted at over N47 billion as the funds used by the former administration in the reconstruction and rehabilitation of 14 federal roads in the state.

“We understood that the cost of the verified projects at the Federal Ministry of Works stood at over N37 billion.

“But when we asked for refunds of the said amount, it was confirmed by both the Federal Ministry of Works and the Debt Management Office that the amount had been paid fully.

YOU MAY READ ALSO: INEC Issues Certificates of Return to Obaseki, Shaibu

“On further investigation, we gathered that the money was collected by the Director-General of Nigerian Governors’ Forum and one lady who also worked in the same place on instructions from former Zamfara government.

“We wonder how people who are not indigenes of the state nor have they ever worked for the state should collect such a colossal amount on behalf of the government and people of Zamfara,’’ the commissioner said.

He assured that the present administration under Gov. Bello Matawalle will do everything possible to recover the money “so that we can use it in the development of the state’’.

But reacting in an interview with the News agency of Nigeria (NAN) on Wednesday, the former Commissioner of Finance in the Yari led government, Alhaji Muktar Idris exonerated the administration from any wrongdoing.

Idris said that the immediate past administration constructed the roads at the cost of over N60 billion and claimed the same amount from the Federal Government.

“But a federal government verification committee only approved N37.4 billion refunds which was on completed projects.

“Due to dearth of funds to repay such projects to about 23 states, which stood at over N500 billion, it was agreed at the governors’ forum that the states would collect the refunds in two tranches via promissory notes that would mature in three years.

“The states were to receive 40 per cent in the first instalment, in which Zamfara’s due amount stood at N14.9 billion.

“All the affected state governors also agreed that the director-general of the Governors’ Forum should collect for them.

“I still have the documents with me where we put over N10 billion as discounted from N14.9 billion into our joint account because we needed the money.

“So, we discounted and collected the amount through the Debt Management Office,” Idris told NAN.

He explained further that the second promissory note was for N22 billion which was also discounted to a little over N17 billion.

“All the money had been deposited into the state government’s accounts.

“Zamfara people are free to check and verify these facts,’’ he said.