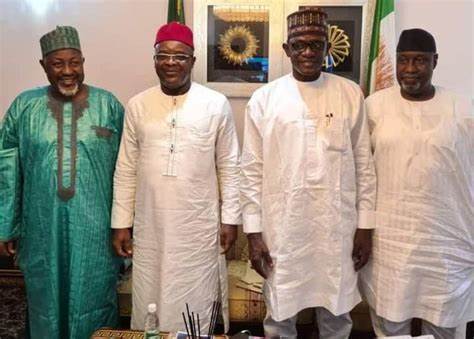 Mai Mala Buni, Yobe state governor, says the entry of Azubuike Ihejirika into the All Progressives Congress (APC) will bring the south-east closer to the centre.

Ihejirika, a former chief of army staff, joined the APC on February 16 at his hometown in Isuikwuato, Abia-North LGA.

He was formally received into the ruling party on Friday.

Buni, chairman of the national caretaker committee of the APC, described the development as a “great moment” for the party.

“The coming of Gen. Ihejirika will increase the fortunes of the party in Abia state and the south-east generally,” Buni said.

“This is a great moment for the party as Gen. Ihejirika and other sons and daughters of the region are coming into the party to deliver the region and bring the south-east closer to the center. We look forward to more of APC presence in the south-east.”

Ihejirika, a retired lieutenant-general, served as army chief between 2010 and 2014 under former President Goodluck Jonathan.