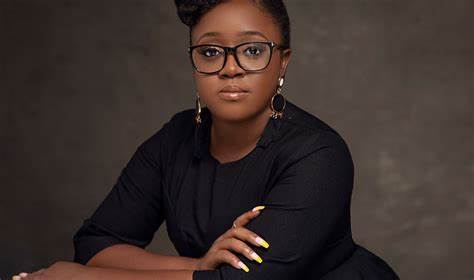 The Nigeria Immigration Service on Monday prevented a promoter of the #EndSARS movement, Modupe Odele, from travelling out of the country.

Although the officers did not disclose the reason for their action, it is believed that the action was taken because of her alleged role in the #EndSARS protests.

Odele, had through her Twitter handle, @Mochievous, mobilised her 219,000 followers during the protests.

She had also offered free legal aid to persons who were unjustly arrested during the demonstrations.

Confirming the development in a newsletter sent out on Monday, the lawyer said she was on her way to the Maldives to celebrate her birthday when she was accosted by immigration officers.

She wrote, “For my birthday, I had planned a trip to the Maldives. It was really for a break as the events of the last three weeks have exhausted my mind and body in a way I have never been exhausted in my life.

“I went to the airport, passed through immigration, and while I was putting my bags through the body and baggage scanner, the immigration officer who had previously cleared me, called me back. He told me he had orders from above to detain me.

“Okay, at this point I’m like excuse me, my flight is in an hour. On what grounds are you detaining me?” He didn’t respond. Instead, he goes to his computer where he typed in my name and something that looked like a ‘wanted poster’ popped up on the portal.

“He blocked my view so I couldn’t see most of it but I saw some of it. And it read something like – ‘This person is under investigation by XYZ Intelligence Agency. If seen, they should be apprehended on sight.’”

Odele said she was detained while her passport was seized by the officers and she was made to miss her flight.

READ MORE: Buhari Surrounds Himself With Criminals Feeding Him With Lies – Mbaka

The lawyer said that she had been able to identify the security agency that put her on the watch list, adding that she would be returning there on Tuesday.

Odele wrote, “Since the #EndSARS peaceful protests started in Nigeria about three weeks ago, I and some super courageous women have been providing support to Nigerians as they came out to peacefully exercise their constitutional rights.

“I was specifically in charge of legal aid and so co-led www.endsarslegalaid.co where we succeeded in helping over 80 peaceful protesters who were arrested get released. It was back-breaking and emotionally tasking work but the joy that the family expressed when being reunited with loved ones made it all worth it.

“I’m not a full-time activist or human rights attorney. I am a corporate lawyer at the moment so dealing with police stations isn’t my area of expertise. I did what needed to be done in the face of gross injustice and had the support of over 800 wonderful volunteer lawyers.”

When contacted, NIS Spokesman, Sunday James, said he couldn’t confirm the development yet and asked for more time.

However, #FreeMoeSexy had begun trending on Twitter by Tuesday morning with thousands calling on the authorities to stop harassing Odele. 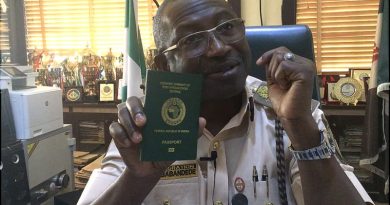 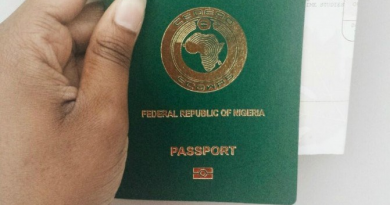