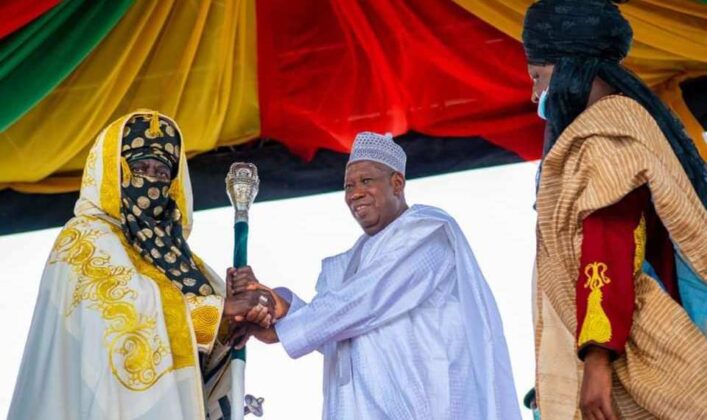 President Muhammadu Buhari on Saturday in Kano advised new Emir of Kano, Aminu Ado Bayero, to copy the example of his late father.

President Buhari gave the advice in a letter he sent to the Emir at his coronation ceremony read and presented by the Chief of Staff to the President, Professor Ibrahim Gambari, who is also an uncle to the new Emir.

The President, who extolled the virtues of Alhaji Ado Bayero, the late Emir of Kano, described him as a man of remarkable culture and principles, who staked his own life at several junctures in the defense of his people.

President Buhari, in a statement issued by his media aide, Garba Shehu, shared some memories and anecdotes of his interactions with the late Emir whom he said was his friend.

“I remember with nostalgia, the passion and commitment he always exhibited in pursuit of any cause he believed in, a distinctive character that almost cost him his life prematurely on January 19th, 2013 because of his vociferous stand against Boko Haram terrorists,” said the President.

The President, who expressed his belief in Aminu Ado Bayero, said: “I have confidence that you would exhibit such leadership qualities and much more as you have demonstrated in the few months of your Emirship.”

President Buhari, in the letter delivered by the special delegation, said: “deep and wholehearted congratulations to you for your ascension to the throne of your fore-fathers as the 15th Fulani Emir of Kano from Sullubawa Clan.”

He added that “your turbaning is providential because it is happening at a time in the history of our country when prevailing social and political conditions resonate with the ascension to the throne of my friend, your late father, the Emir of Kano, Alhaji Ado Bayero. May his soul Rest In Peace.”

The President, who prayed for the success of the Emir, said he looked forward to his contributions to uplifting the people of Kano Emirate in particular and the nation in general.

President Buhari assured him of his “total support” for him to leave a “sustainable legacy”.

Those who accompanied the Chief of Staff on the President’s delegation to the event included Ministers of Defense, Major General Bashir Magashi (Rtd), Agriculture and Rural Development, Sabo Nanono, Water Resources, Engineer Sulaiman Adamu, Aviation, Senator Hadi Sirika as well as the Senior Special Assistant to the President (Media and Publicity), Garba Shehu and Yusuf Buhari, the President’s son. 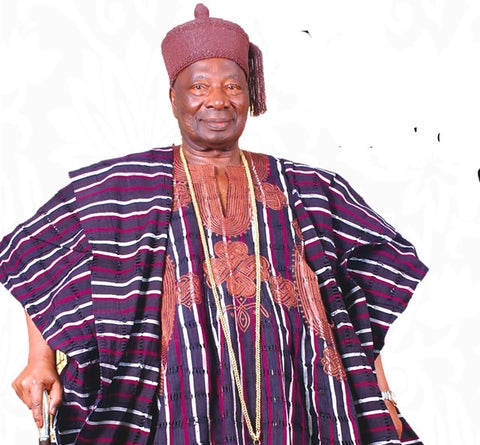 Buhari Greets Soun of Ogbomoso at 94 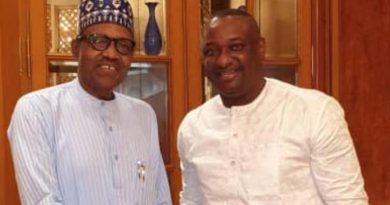 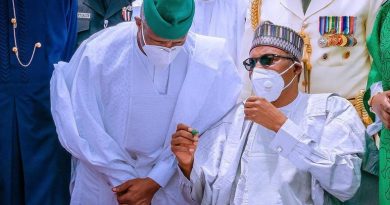 Buhari, Osinbajo To Get Vaccination Publicly On Saturday As Exercise Begins Today