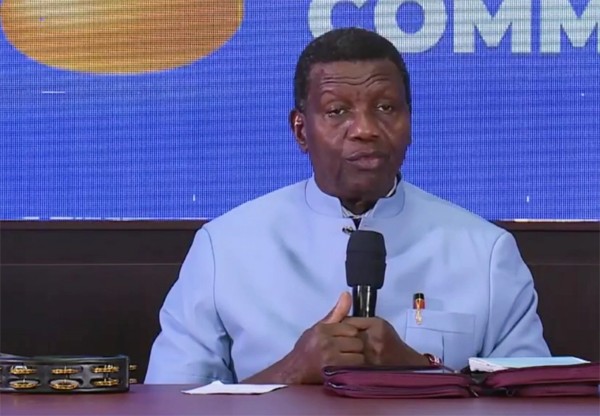 President Muhammadu Buhari  and the Senate President, Ahmad Lawal, were among prominent Nigerians who took turns on Thursday to express their condolences to the General Overseer of the Redeemed Christian Church of God, Pastor Enoch Adeboye, his family and members of his church over the death of his son, Pastor Dare Adeboye.

The 42-year-old Dare was the Assistant Pastor in charge of Region 35 (Youth) in Eket, Akwa Ibom State before his death.

The cleric was said to have died while in his sleep, just as the door to his room was reportedly forced open to access his remains.

The RCCG, in a statement, confirmed the incident, adding that he died on Tuesday.

The statement read in part, “Though shaken, our anchor remains Jesus Christ in whom we have the assurance that we will one day meet in a place where there is no pain. It is the wish of the family to be granted privacy at this moment and that prayers be offered on their behalf.”

President Buhari, in a statement by his Special Adviser on Media and Publicity, Femi Adesina, the President urged them to find comfort in the teaching of the Holy Scriptures that those who chose to serve God faithfully would see Him “as He is in eternity”.

The statement was titled ‘President Buhari commiserates with Pastor Adeboye on death of son.’

It read in part, “President Muhammadu Buhari extends deepest sympathies to the family of Pastor Enoch Adeboye, the General Overseer of the Redeemed Christian Church of God, on the passing of his son, Pastor Dare Adeboye.”

Also, the President of the Senate, Ahmad Lawan, in a statement on Thursday by his media aide, Ola Awoniyi, said, “May God Almighty comfort the highly respected Pastor, his family and the entire members of his flock over this great loss and repose the soul of the deceased in eternal bliss.”

In his condolence message to the cleric and church, the Speaker of the House of Representatives, Femi Gbajabiamila, said it was painful for a father to lose his child at any point in time, noting that the younger Adeboye lived a life full of worship to the Lord and service to humanity.

The Speaker, in a statement issued by his Special Adviser on Media and Publicity, Lanre Lasisi, titled ‘Gbajabiamila commiserates with Pastor Adeboye over son’s death’, recalled how Dare took after his father in the work of God and rose to become one of the leading youth pastors in RCCG.

Former President Goodluck Jonathan, as well as former Vice President Atiku Abubakar have also joined several Nigerians in commiserating  with the General Overseer of the Redeemed Christian Church of God, Pastor Enoch Adeboye, his family and members of his church over the death of his son, Pastor Dare Adeboye.

Jonathan, in his condolence message described Adeboye as a beloved clergyman and noted that the deceased lived a life worthy of emulation, even as he prayed to God to grant his soul eternal rest.

Jonathan said in a statement, “Though I never knew Pastor Dare personally, I have had cause to meet his father, Pastor Adeboye, and it would seem that the apple did not fall far from the tree.”

Former Vice-President, Atiku Abubakar, in his condolence message in a post made on his Twitter handle, @Atiku partly read, “I pray that God, in this trying time, will comfort and strengthen him and his family by God’s grace.”

Saraki also wrote via his Twitter handle, @bukolasaraki, “My family and I send our heartfelt condolences and prayers to @PastorEAAdeboye, his family and the entire @Rccghq community over the passing of Pastor Dare Adeboye.”

In his condolence message to RCCG’s General Overseer, the Lagos State Governor, Mr. Babajide Sanwo-Olu, consoled the RCCG General Overseer and his wife, Pastor Folu Adeboye, on the death of their beloved son.

The governor, in a statement issued on Thursday by his Chief Press Secretary, Mr. Gboyega Akosile, expressed his heartfelt sympathies, urging the family of the deceased, friends, associates and entire members of RCCG to take the death of Pastor Dare Adeboye in good faith.

Sanwo-Olu said, “The pastoral and wise counsel of Pastor D as he was fondly called will be sorely missed by his family and the entire members of RCCG, especially in Eket, Akwa Ibom, where he played active roles as a cleric before he passed on.”

Also, the Ekiti State Governor, Dr Kayode Fayemi, described the death of Pastor Adeboye’s son as “an unfortunate development which had inflicted a wound in the hearts of family members in particular, the Christian community, all lovers of Adeboye and Nigerians in their millions”.

The governor, in a condolence message by his Chief Press Secretary, Yinka Oyebode, titled, ‘Fayemi consoles Adeboye over son’s death’, described the late Pastor Dare as “a vibrant young man and committed minister in God’s vineyard who trodded the righteous path being trodden by his parents.”

In a related development, the Pentecostal Fellowship of Nigeria has described the death of Pastor Dare Adeboye as tragic and shocking.

The PFN said this on Thursday in a condolence message by its National Publicity Secretary, Bishop Emmah Isong.

The message read in part, “Our heartfelt condolences to Baba and Mama Adeboye, and the entire members of the RCCG worldwide. May the Lord uphold them.”

In a related development, the Osun State Government, in a statement by Funke Egbemode, the state Commissioner for Information and Civic Orientation, said the state felt the loss, having just buried late Afenifere spokesperson, Yinka Odumakin.

Adeboye at 78: Daddy G.O Reveals: “Day My Old Girlfriend Came To Me For Prayers” 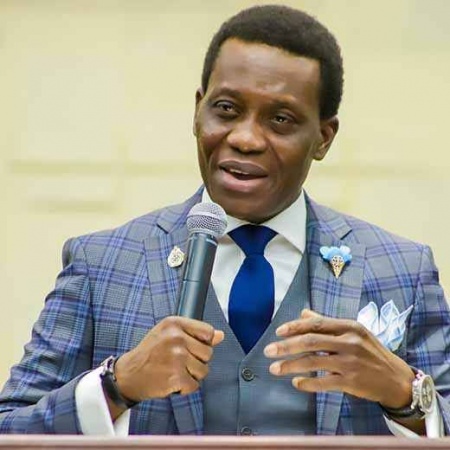 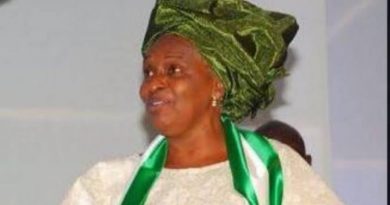 Update On October 1: Buhari Makes U-Turn, To Make Broadcast By 7am 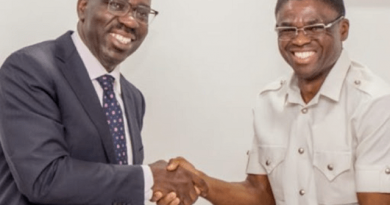