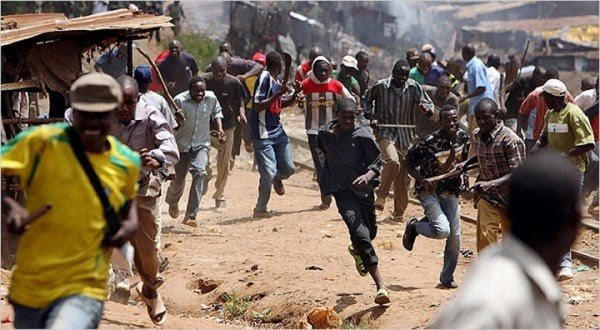 Blood flowed freely in Igangan, one of the seven principal towns of Ibarapa land in Oyo State, on Saturday night as gunmen reportedly dispatched many persons to their early graves in the town.

The bandits, according to sources, were about 50 and they invaded the town around 11 pm on Saturday on more than 20 motorcycles.

During the invasion, the palace of the paramount ruler of the town, the Asigangan of Igangan, Oba Lasisi Adeoye, as well as a popular petroleum station and some cars were reportedly razed.

The exact number of people killed during the attack could not be immediately ascertained at the time of filing this report.

Some people said 20 persons lost their lives, while another set said 10 persons were killed.

The Secretary of Farmers Union in Igangan, Mr Taiwo Adeagbo, at least 10 lives were lost during the invasion, adding that the invaders shot at least five residents dead, while security agents also neutralised five among the attackers.

According to him, a petrol station, cars and a truck were burnt down by the attackers.

He said: ”The Fulani terrorists wage war on Igangan from around 12 midnight today, Sunday. They burnt much property, including cars, a truck and a petrol filling station. We will know the exact number of people killed, those injured and the number of property they destroyed later.”

“On numerous occasions, Ibrahim, Seriki Saliu’s son kept pledging that Igangan would be razed down to ashes. He had the audacity to proclaim this on social media as well as on radio shows, perhaps his words were taken as mere groans, but local vigilantes at Igangan kept receiving the news of impending danger.

“The state, I believe thought it’s just another hype, for we notified the state of our fears on the 14th of April when covert information reached us of a meeting of the Fulani towards fulfilling their oath of allegiance towards reprisals.

“Today we lick our wounds. We suffered heavy losses and casualties. The Fulani fulfilled their pledge. I cannot say the same for those who are supposed to see to our security. In fact, Igangan did all within her limit to see to her own security. Folks contributed to power local hunters. And the local hunters, vigilantes and some OPC were the only shreds of a tiny armour that shielded us as we came under heavy gunfire from 11 pm of 5th June to 3 am of 6th June. And no state security apparatus got to us during the storm.

“If we had not made a little cover. Perhaps, as Ibrahim, son of Seriki pledged, Igangan would have become a dunghill of ashes, or perhaps, this is just their beginning.”

A former caretaker chairman of Ibarapa North, where Igangan is located,  Tunji Omolewu, stated: ”People had barely retired to bed when they said they sighted motorcycles entering the town. Before our people could know what was going on, they had started killing people. I got the call around 11 pm. We were on our way from Ekiti where we had gone to do the Yoruba nation rally. I got to Ibadan around 12 am and when the calls did not stop coming, I decided to come home. I have counted more than 20 dead bodies. The palace of our monarch was torched. Adolak filling station too was burnt. We are assembled here.”

A former caretaker chairman of neighbouring Ibarapa Central, Yemi Akinlabi, also spoke from the United States: “It is so sad. Only a few days ago, our people got an intelligence report and forwarded it to the appropriate quarters for actions but here we are today. Are we going to continue to live in fear in our land? I have spoken to General Togun about last night’s incident and we would want him and his team to do something. Our people must not be allowed to resort to self-help.”

The Chairman of Amotekun Corps in the state, Gen Ajibola Togun (retd), former Director of Military Intelligence (DMI) and former Deputy Director-General of the State Security Service, had on Wednesday, June 2, this year, raised the alarm that foreign Fulani have saturated the entire South West and ready to strike the geo-political zone very soon.

He raised the alarm during a lecture on the topic: ‘Security Challenges: The Significance of Regional Security Dimensions,’ organised by the Institute for Peace and Strategic Studies (IPSS) Students’ Association, University of Ibadan.

But he enjoined all residents of the South West to prepare for self-defence because the invaders have concluded all arrangements to strike on the claims that God has given the land of Nigeria, especially the South West to them as an inheritance.

“The foreign Fulani herdsmen have invaded South West. There is nowhere in the South West that they are not. They are there. They are the okada riders. They are the ones using wheelbarrows to sell carrots and other things. I said they are foot soldiers. These okada people, many of them, have weapons under the seats of the motorcycles.

But the Police Public Relations Officer in Oyo State, Adewale Osifeso, could not be reached on his mobile phone on Sunday morning via calls and text message, to confirm the number of casualties and property that we’re destroyed.

His words: “Early this morning, I received distressed calls of a fresh attack on our people in Igangan, Ibarapa North Local Government by bandits and suspected criminal herders in which about five residents were allegedly killed, some injured and property burnt.

“I condemned this unfortunate attack and sympathise with the families who lost their loved ones and property. I also appreciate the security personnel, vigilantes, Amotekun corps, our local hunters and brave men that rose in the middle of the night to combat the bandits and save the lives of our people.

“These murderers are not tired and it is our collective responsibility to protect our lives, women, children and our communities from these evildoers.

“While assuring my continuous support to every adoptable security measures and strategies, I’m also calling on all security agencies – the Nigerian Police, Operation Burst, Amotekun Corps, vigilante groups, local hunters, community leaders within and around Ibarapaland for an urgent security meeting.

“If this insecurity persists, it means we have not done enough. All of us. It is not time to sleep…let us all stay awake.” 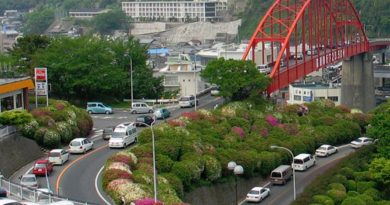 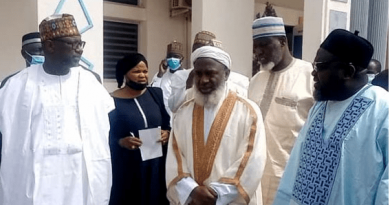 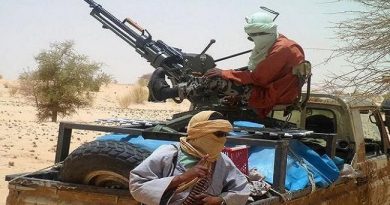