President Muhammadu Buhari has asked Babatunde Fashola, Minister of Works and Housing, Abubakar Malami, Attorney-General of the Federation, to dialogue with Twitter over the ban of the microblogging site.

The Federal Government had banned Twitter indefinitely over alleged interference.

Despite pressure from the international community and civil right groups, the Buhari government had maintained its stance.

But in a statement on Tuesday, Lai Mohammed, Minister of Information, announced that a team had been set up to dialogue with Twitter.

Aside Fashola and Malami, other ministers on the team are Isa Pantami (Communication and Digital Economy), Chris Ngige, (Labour), and Geoffrey Onyeama (Foreign Affairs).

“President Muhammadu Buhari has approved the composition of the Federal Government’s team to engage with Twitter over the recent suspension of the operations of the microblogging and social networking service in Nigeria.”

“The Federal Government’s team also comprises the Attorney General of

“Following the indefinite suspension of its operations in Nigeria, for activities that are capable of undermining Nigeria’s corporate existence, Twitter wrote to President Buhari seeking to engage with the Federal Government over the suspension, with a view to charting a path forward,” Mohammed said in a statement Segun Adeyemi, his spokesman, issued on his behalf.

Many Nigerians had circumvented the ban through the use of Virtual Private Networks (VPNs).

But the National Broadcasting Commission (NBC) later ordered all radio and television stations to deactivate their Twitter accounts.

The government has said all social media companies must register as businesses in Nigeria.

Nigeria’s row with Twitter began after the social media platform yanked off a tweet of Buhari on Civil War.

ATCON To Host National Dialogue On Telecom And Digital Economy 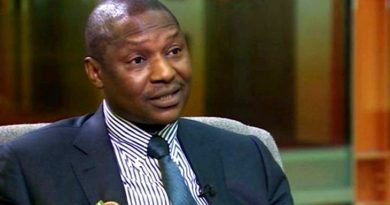