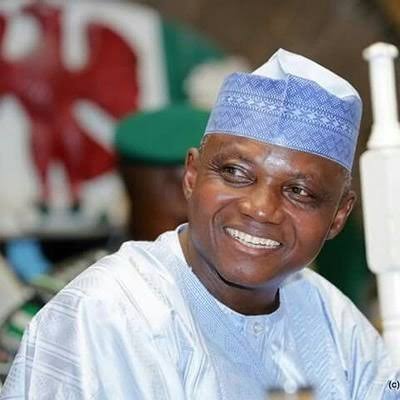 The Presidency, on Tuesday, commended security agencies on the re-arrest and repatriation of leader of the proscribed Indigenous People of Biafra, Nnamdi Kanu; as well as the recent attack by the Department of State Services on the Ibadan home of Yoruba rights activist, Sunday Adeyemo also known as Sunday Igboho.

This was contained in a statement signed by Senior Special Assistant to the President on Media and Publicity, Garba Shehu.

The statement was titled, ‘Presidency Statement On The Recent Successes Of Security And Intelligence Agencies’.

According to Shehu, Kanu and Igboho “had inflicted pain and hardships on fellow citizens”.

He said Kanu, who was re-arrested and re-arraigned last week for terrorism-related charges, was captured as a result of “cross-border cooperation” and “international operation”, adding that the IPOB leader would “face the law”.

“The Government had long been monitoring the activities of IPOB and had strong cause to believe that their funding sources include proceeds of suspected illicit criminal activities. By this singular action of our Security Forces, sanity, calm and peace has been returned to our communities who previously lived in constant fear of these misguided elements,” the statement partly read.

He said, “In furtherance of continued diligent work, the State Security Service on Thursday, 1st July raided the residence of a militant ethnic Secessionist, who has also been conducting acts of terror and disturbing the peace under the guise of protecting fellow ‘kinsmen’.

“His (Igboho) seditious utterances and antics, which he is known to have publicly expressed, have overtime morphed into very hateful and vile laden speeches. It must be highlighted that the government respects fundamental rights of citizens to express their views and recognizes this as a democratic tenet. However, any attempt to build an Armoury coupled with plans either subtle or expressed to undermine our unity as a nation will not be condoned.

“Mr. President’s directives to Security Services regarding anyone seen to be carrying arms, particularly AK-47 are clear and require no further illumination. Assault weapons are not tools of peace-loving people and as such, regardless of who they are and where they are from, the Security Agencies should treat them all the same.

“The successes of our Security Agencies must be commended as they have demonstrated significant deftness, guile and secrecy in carrying out these missions. This level of professionalism must be sustained and brought to bear as we focus on extracting from our society those who have found a new trade in targeting students, rural dwellers and our citizens in the North-West. The nation recognizes their efforts and sacrifice.”

The DSS had invaded the residence of Igboho in a Gestapo style midnight July 1.

Though Igboho had escaped the raid, his house and cars were riddled with bullets while bloodstains splattered over the floors of the house. The DSS also said it killed two of his associates in a gun duel. Thirteen of Igboho’s guards and close associates were later paraded in Abuja on Thursday evening.

The secret police had since declared Igboho wanted. The activist is being accused of stockpiling weapons to allegedly destabilise the country under the guise of agitation for Yoruba nation but he has since denied the allegation, saying he protects himself with charms and not weapons.

The DSS raid had been condemned by many Nigerians including human rights lawyer, Femi Falana, SAN, who described it as a “nocturnal coup”, arguing that no law in Nigeria allows security agents to arrest anyone in the dead of the night. 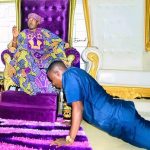 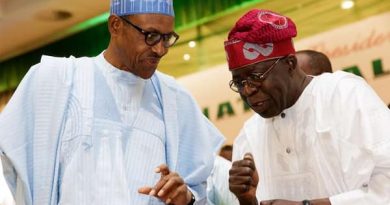 Lagos Comment By Buhari in Interview Not Reference To Tinubu –Presidency 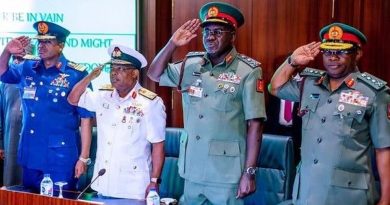 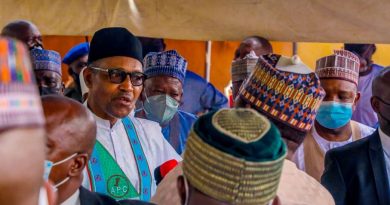 Despite Buhari’s Failure to Lead by Good Example, Presidency Warns Nigerians to Wear Face Masks or Face Another Lockdown