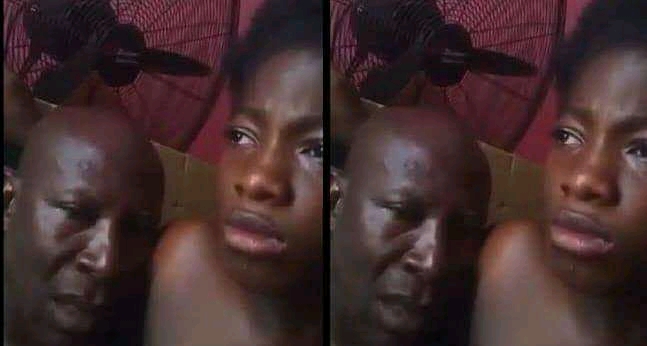 A 44-year-old man from Ini Local government area of Akwa Ibom state who has been allegedly defiling his daughter has revealed that he sees nothing wrong with having carnal knowledge with his biological daughter.

According to the Emmanuel Udoh who was arrested after defiling his daughter in their residence, at 2 Ajasa Command Road, Meiran, Lagos state, he has every right over his daughter.

“I have had sexual intercourse with her severally. It is a normal thing and I don’t see anything bad in sleeping with my daughter because I know she will not get pregnant because I don’t ejaculate inside her,” he said.

It was gathered that Udoh ex-wife took custody of their two children after they separated seven years ago when the victim was ten years old.

The victim who lived with her mother reunited with her father when her mother brought her back after she completed her secondary education in the month of September to enable her further her education.

Trouble, however, started, in the evening, on September 13, when Udoh asked his daughter to go and have her bath.

The victim said she had initially refused, but went to take her bath after her father insisted.